FUNCTIONARIES AND LECTURERS OF FACULTY OF LETTERS OF

Prof.Dr.Drs. Himpun Panggabean, M.Hum.
s the Dean of Faculty of Letters at Universitas Methodist Indonesia. Born  on May 25, 1961, he did his Bachelor degree in English at USU, Master's degree in Linguistics at  UNPAD, and Doctorate degree in Linguistics at USU. His expertise covers Diachronic Linguistics, Phonetics, Phonolology, Morphology, Syntax, and Semantics. Dozens of his scholarly works on the areas have been published in national, accredited national, international, and Scopus-indexed journals. Most  of his prominent works have been disseminated in national and international seminars and workshops where his role is a speaker or keynote speaker. A noted contributor of articles and analyst of political and cultural issues, he was awarded Kopertis High-Achieving Lecturer Award in 2010 and Presidential Honorary Award for Dedication and Integrity in 2019.

Nurhayati Purba, S.S., M.A.
has been the lecturer  of English Department of the Methodist University of Indonesia since 2007. She got her Master degree in English literature from the University of Northern Iowa, USA in 2005. Besides teaching, she is active in doing research into literature basis mainly on postcolonial ones ranging from the eighteenth century classics up to modern pieces and has annually been rewarded the university research fund. In 2015 she won the Indonesian government –DIKTI research fund (PDP) for her research title “Postcolonial Identity in Daniel Defoe’s Robinson Crusoe”. Her research findings are disseminated through national and international scientific seminars that eventually published as national or international journal or proceeding articles. Some of her published articles are “Woman Awakening in Kate Chopin’s “The Awakening”, “Maggie: A Girl of the Streets and Naturalism”, “Subversion of Orientalist Expectations in Bharati Mukherjee’sJasmin”, “The Negative Impact of Mortgage Systems on Farmers in John Steinbeck’s The Grapes of Wrath: Lessons for Farmers in Tanah Karo, Raya, TigaRunggu, and Saribudolok”, GustavusVassa’s Notions on His Faith Conversion, His Freedom, and the State of Being Literacy in The Interesting Narrative”, and “Postcolonial Identity in Daniel Defoe’s Robinson Crusoe”.

His skills and expertise cover Pure and Applied Linguistics, Morphology, Phonetics, Phonology, Syntax, Semantics, English Language, and Language Learning. He has also been a speaker in dozens of national and international seminars, conferences, and workshops to disseminate his prominent works. His scholarly research-related works have been published in national and international-indexed journals and proceedings.

Pahotan Sinaga, S.S., M.Pd.
is a permanent lecturer and also Vice Dean III in charge of studentsaffairs at the Faculty of Letters at Universitas Methodist  Indonesia, born on January 3rd, 1969 in Samosir, he got his Bachelor degree in English literature and language  from North Sumatera University (USU) and Master’s degree in English teaching from the Universitas HKBP Nommensen. Currently, he is teaching Grammar, Transformational Grammar,  English Syntax, and Linguistics. He has attended national and internasional seminars in Linguistic and English teaching.

Received his  Ph.D. from Universitas Sumatera Utara in 2014 and he majors in Translation. He is a lecturer  at the Department of English Language and Literature,  the  Methodist University of Indonesia, Medan  where he is the Head Department of  English Language and Literature. He completed a Master's Degree in American Studies at Universitas Gadjah Mada, Yogyakarta in 1995.He got his Bachelor Degree from English Department, Universitas Sumatera Utara in 1986.

He teaches Translation at  the  Methodist University of Indonesia in Medan, Indonesia. He has been as a member of Association of Indonesian Translators since 2013. Dozens of his works have been published in various international journals on Translating Karonese Culture into English.  His Scopus ID is 57204975117. He has done many researches. The researches got funds from the  research grants of  The Ministry of Research, Technology, & Higher Education for the years 2013, 2016, 2017, 2018 and 2019. He presented several papers in international seminars on research related subjects.Three of his papers were financially supported by the Directorate General of Research and Development in the Program of Bantuan Seminar Luar Negeri for the years 2010, 2014 and 2017. He got Sandwich-like Program in  2011  at  The Hong Kong Polytechnic University (PolyU), Hong Kong. He was awarded Presidential Honorary Award for Dedication and Integrity in 2019.

Dr. Martina Girsang, M.Hum is the Head of the Quality Assurance Division of Faculty of Letters at Universitas Methodist Indonesia. She received her Bachelor Degree in Letters of linguistics Faculty at Universitas Sumatera Utara (USU 1984); Magister Humaniora at USU  in 2005; Doctorate degree in Literature Concentration at USU in 2015. Her expertises are  in both  linguistic and literature, namely: Semiotics, Stylistic, Prose, Poetry, and Drama. She has written many scholarly works, and were published in national, accredited national and international journal; she also was a speaker in many international seminars. She visited Leiden Universiteit, Netherland in 2012 for  Sandwich Program, and she joined dozenz of conferences there as well.

Born in Medan, 9th Desember 1965, Harkiman Racheman received his Doctorandus degree from the Arts Faculty of USU (1988) and his Master of Arts from the English Department, Faculty of Arts, Victoria University of Wellington, New Zealand (1993). He is currently a doctoral candidate with the Faculty of Languages and Linguistics, University of Malaya (UM), Kuala Lumpur. While in New Zealand, he taught Indonesian language and literature at Wellington Community Institute (throughout 1991); Capital Language Academy (1991-1993); and at the Asian Languages Department of Victoria University (1991-1993). He also worked part-time for the Translation Centre, Ministry of Internal Affairs, New Zealand (1991-1993). Back in Indonesia, he started lecturing in English at the English Departments of Santo Thomas Catholic University (1994-1997) and Universitas Dharma Agung (1996-1998), PMCI (1996-1999); Thames Business School (Medan branch) (2001-2003); and INTI College (Medan branch) (2003-2004). From 2000 to the present, he has been a full-time lecturer at the English Department of the Methodist University of Indonesia (UMI).

He has taught English and Bahasa Indonesia (as a foreign language) at the Australia Centre Medan (1994-2000) and Atmatera English Center (the Language Center of the STIE Atmatera) where he was the Director of Courses from Feb 1995 to 1997.

From 1994 to 1996, he worked as translator for The Australian Consulate Medan. He has also worked as contract translator/ interpreter for Asian Development Bank (ADB), UNICEF, ILO, Croix-Rouge Francaise (the French Red Cross), WARTSILA (a Dutch Electric Company), and Tairoku Corporation (a Japanese agricultural company) in Medan.

In the midst of his tight schedule, he has also been a speaker in various national and international seminars and conferences.

Karana Jaya Tarigan , S.S,M.Hum has been accepted in 2006 to be one of the state lecturers at Kopertis Wilayah I , Medan,  and has been placed by the minister of education at the faculty of letters in English Language and Literature at Methodist University of Indonesia in Medan since 2006 Up to now.  Born in Munte on January 18th 1965. He graduated from Diploma three at University of North Sumatra at the faculty of letters at that time, but at the moment faculty of ilmu budaya in 1990 and Sarjana degree in 1994 majoring in English and Literature from faculty of letters at Methodist University of Indonesia and finally his master’s degree, he graduated from North Sumatra University majoring Linguistic programs in 2001. Interested in Phonotactics, Phonology, Morphology, History of English, Transformational Generative Grammar, Public Speaking, and Lexicography as well.  He has joined many National and International Conferences as presenters and audiences.

Vivi Novalia Sitinjak, S.S.,, M.Hum. is a lecturer of Faculty of Letters at Universitas Methodist Indonesia. Born  on December 12, 1987, she did her Bachelor degree in English at UMI, Master's degree in english applied Linguistics at Universitas Negeri Medan. She got research funding from Ristekdikti in 2018 . She published her works in national and international journals.

Nurlaidy Joice Simamora, S.Pd, M.Hum. is a permanent lecturer at Methodist University of Indonesia at Faculty of Letters, since 2012. She was born in Padang Sidempuan, on October 7th 1982. She received her Master’s degree from State University of Medan.

Charles David Marudut Silalahi, S.Pd., M.Hum., D.Cand. has been a permanent lecturer at English Language and Literature study program, Faculty of Letters, The Methodist University of Indonesia since 2007. Born in Pematangsiantar, on March 23rd, 1981. He recieved his Bachelor Degree from English Department, the State University of Medan; his Master's Degree on English Applied Linguistics from the State University of Medan's Postgraduate Program. Currently, He is in the final Doctoral program on Linguistics, at Cultural Science Faculty,  University of Sumatera Utara. His expertises are on Oral Tradition Studies, pure and applied linguistics (Pragmatics, Syntax, ESP, Teaching, Research Statistics, and Cross Cultural Understanding).

He visited Utah State University, USA in 2014 for a Sandwich Program, and joined many national and international conferences as presenters.

The 5th Congress of the Asian AVA 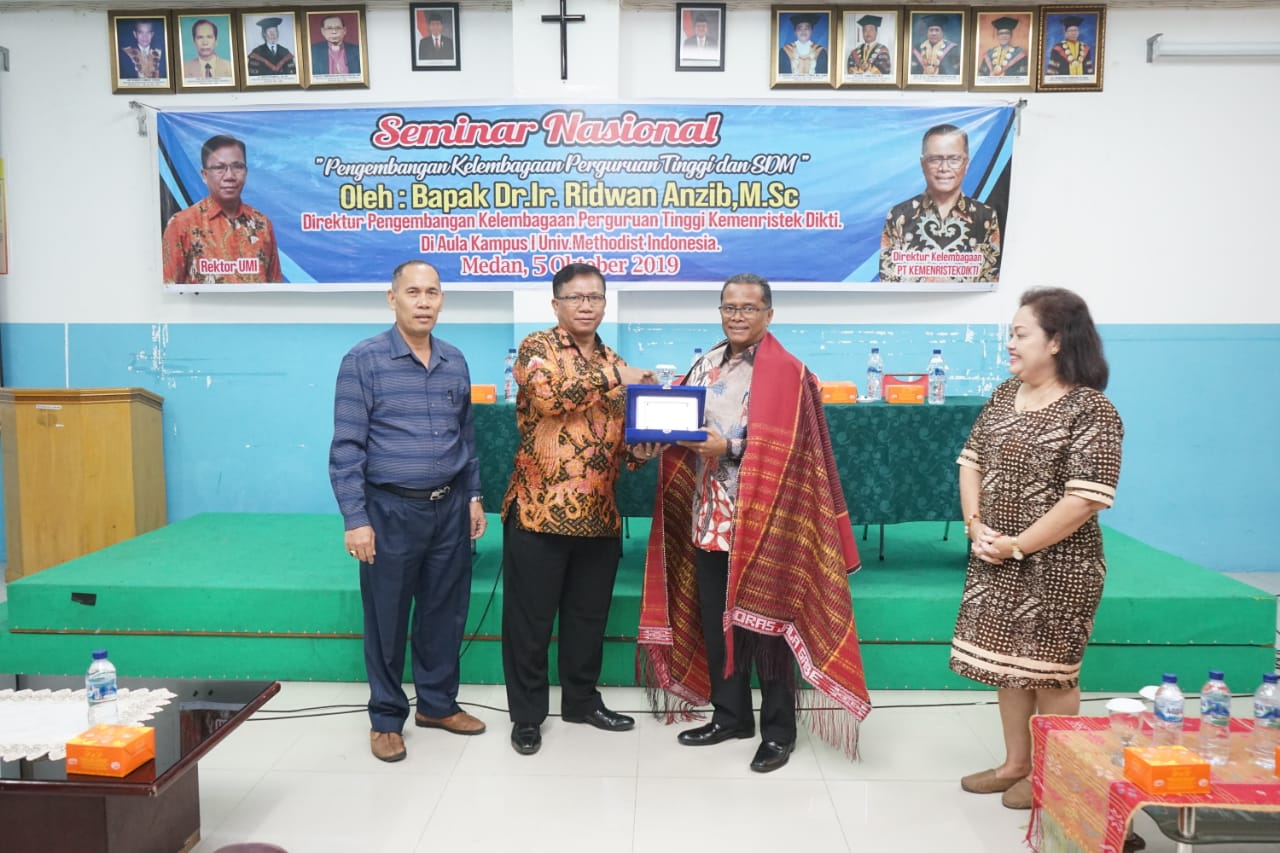 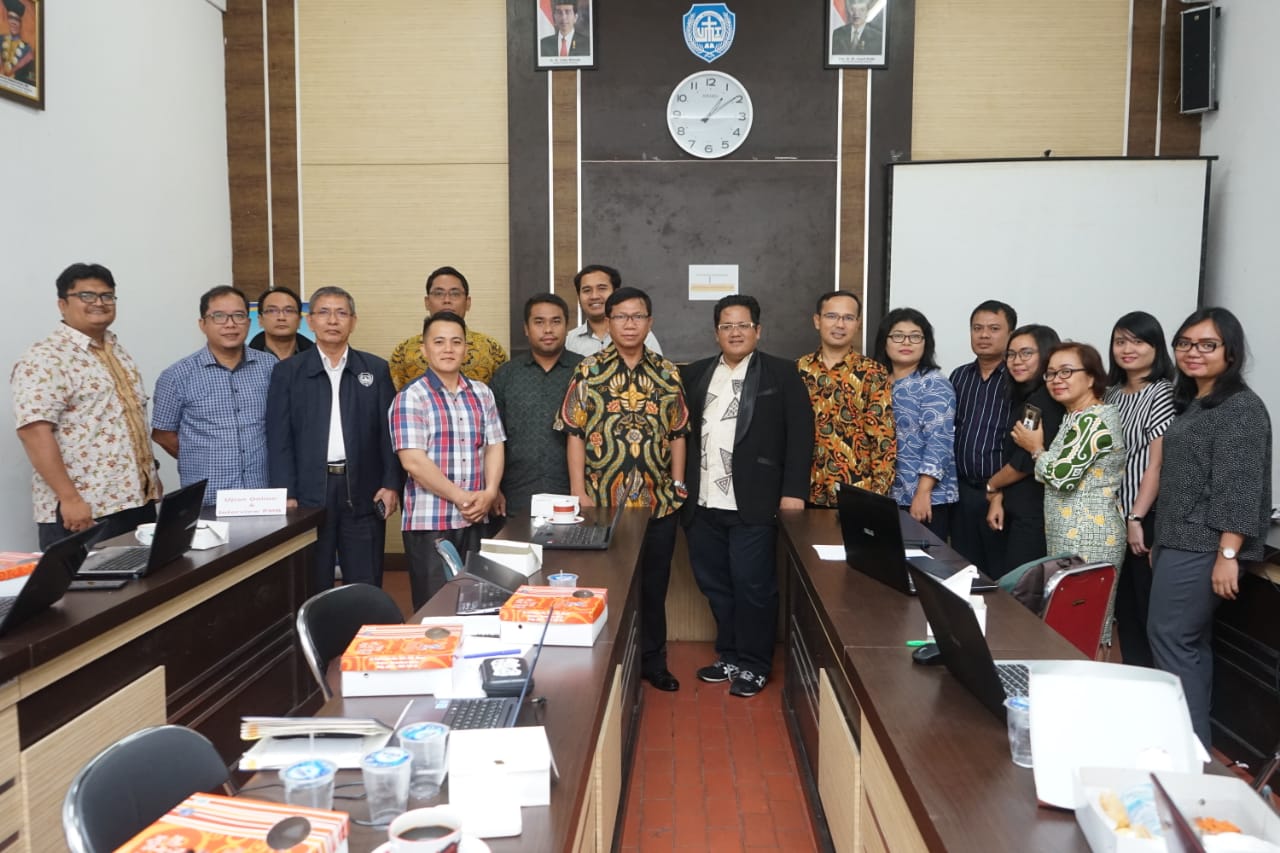